Need help getting started in astronomy? The first step is learning the sky. To get started, you don’t need an expensive telescope, you just need a few astronomy resources widely available on the internet and a willingness to go outside at night and look up. Leigh Gettier’s tutorial is reproduced below and is also available in PDF form for download. Come to the next RAC star party or club meeting and ask questions. Then buy some of the books and tools Leigh recommends and get started on a lifetime of enjoyment of the night sky Members have contributed these tours of easy, bright objects in each season. How to Get Started in Astronomy: Books, Flashlights, Binoculars, and Planispheres by Leigh Gettier. First-time telescope buyer? Check out Your First Telescope — A Grab-and-Go? by Leigh GettierA one-page summary of additional beginner resources: Getting Started in Astronomy. A comprehensive guide to telescope buying:  Resource Guide for Telescope Buyers.

How to Get Started in Astronomy

There are the usual inexpensive sources of information: libraries and the internet. However, the place where the “rubber meets the sky” (to coin a mixed metaphor), is outdoors, at night. All you need to get started in astronomy, IMHO (in my humble opinion) is a planisphere or star map and a red flashlight.

Star maps: Go online to the Sky and Telescope or Astronomy magazine websites and print out a free (FREE!) star map of your date and the time(s) of interest. Then, using your trusty red flashlight, find the stuff on the map in the sky. Do this a few times throughout the year, and see if you can name all of the major constellations without the map.

Planispheres: Planispheres are round maps of the sky which bear a striking similarity to the sky. You can rotate them for date and time. You can get cheap paper ones which are usable from www.scientificsonline.com or spend a little more and get an excellent plastic one for about $11.00. Search for “David S. Chandler Planisphere” on www.amazon.com The advantages are that

they all work all the time, they are always up to date, and they show the stars and constellations and some other stuff. NO BATTERIES REQUIRED!

Flashlights: You can go nuts and spend over a hundred dollars. But, get a cheapy of your choice, or get a really great, IMHO, little red LED (light-emitting diode) flashlight for about $20. Search for “Gerber Infinity Ultra LED Task Light Red.” There are also adjustable brightness red LED lights made for astronomy which work well. Go to the Orion Telescopes or Company Seven websites. One can always start with any household flashlight and rubber-band a brown paper bag or two over the end to make it dim enough not to destroy one’s night vision.

It enhances one’s enjoyment of the night sky to know something about it. Thus the following list of books. Take your pick, or see what’s in the local library and bookstore and find some good astronomy books yourself. In no particular order:

Robbin Kerrod & Carole Stott, Hubble, The Mirror on the Universe (Firefly Books 2007). Awesome photos, as you would expect. Good text.

Charles A. Wood, The Modern Moon, A Personal View (Sky Publishing Corporation 2003). Wood worked for NASA helping to pick landing sites for the Apollo moon missions, consequently, he knows a bit about the moon. This book concerns the most visible night object in the sky, which you can always see with the naked eye, with any pair of binoculars, or with any telescope. The book is logically organized, has many photos, moon maps, lots of explanations, shows and explains the Apollo landing sites and lunar geography. A marvelous book.

Mark A Garlick & Wil Tirion, The Illustrated Atlas of the Universe (Fog City Press 2006). Lots of color photos and illustrations of where we are in the universe, galaxy, milky way, and solar system. Maps of the moon, cutaways of the planets, diagrams of their atmospheres, photos from planetary missions, etc., etc. A book about everything, with many star charts—but too big and beautiful to be used outside, I think.

Terence Dickinson & Alan Dyer, The Backyard Astronomer’s Guide (Firefly Books 200x). (Get the latest edition.) A very excellent beginner’s book, with the best overview of the equipment side of the hobby—i.e., telescopes—I have seen. A beautiful hefty book with good text and photos. IMHO its danger is that it may encourage telescope fever—the idea that one must have a telescope, before ever going to a star party and looking through a few actual telescopes. (See Step One.) 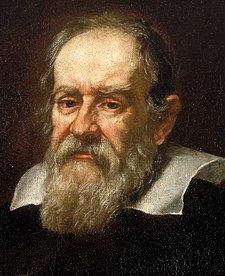 Guy Consolmagno & Dan M. Davis, Turn Left at Orion (Third Edition) (Cambridge Press 2006). A beginner’s introduction to finding things in the sky during the various seasons, with greatly simplified start charts. Everything mentioned in the book can be seen with either a four-inch (or less) beginner’s telescope, or binoculars. A good book for getting started with amateur equipment. It would be fun to go through the entire book, which will take a full year.

Storm Dunlop, Collins Atlas of the Night Sky (HarperCollins Publishers 2005). This book has star charts organized by constellation. If you want to see what there is to see in Ursa Major (the big dipper) just flip toward the back of the book (the constellations are in alphabetical order), and there is a beautiful star chart showing Ursa Major! Each constellation star chart is accompanied by descriptive text. I love this book. Once you’ve finished Turn Left at Orion, this is a good next step. The Atlas includes lunar maps, accompanied by long lists of features, which I do not find as useful as the text accompanying the star charts.

The Orion DeepMap 600 star chart folds like a roadmap, but it is a map of the sky. I have one and have enjoyed using it. However, it does not differentiate between galaxies you need a 12” telescope to see, and those which can be seen with smaller telescopes. Also, though it claims to be “dew proof,” it is NOT! If you don’t leave it open to dry when you get home, it will stick together and pull off areas of ink the next time it is opened. Do not ask me how I know this.

Jay M. Pasachoff, Roger Tory Peterson, & Wil Tirion, A Field Guide to Stars and Planets (Houghton Mifflin Harcourt; 4th Updated edition (November 23, 1999)). It is similar to the Peterson Field Guide for birds. The star one is ok; it is fairly small but too big to be pocket-sized. The star charts are small, hard to find, and hard to use. It has some good text concerning the constellations. It has useful tables. I wish it had a pronunciation guide. It is better than nothing.

The next logical step (and the first step using optical equipment) is to use A PAIR OF BINOCULARS. Advantages: inexpensive, easy to use, fun, the best views of the Orion Nebula; the Andromeda Galaxy; and the Pleiades, the Beehive and many other star clusters. Images are right side up, not cattywampus as with most telescopes. Binocs reveal many more stars than you can see with the naked eye. Also, unlike telescopes, binoculars are produced in large quantities. Therefore you can get a very good pair of binoculars for much less money than a telescope of equivalent quality. Unlike most astronomy telescopes, they are also good for terrestrial viewing: birds, bees, bears, race cars, sailboats, opera, theater, you name it. If you want to buy some, I suggest a pair costing more than $70 (in order not to get junk), and the “10x50mm” size (10 power, with the 50mm diameter lenses on the big end). If you just won the lottery, Nikon makes some ridiculously expensive handheld astronomy binoculars, but those are NOT NECESSARY. My personal pair is 8×42 general purpose binocs which aren’t perfect, but they do just fine. Use whatever you have.

Solar & Heliospheric Observatory (SOHO) There are also image-stabilized binocs which use batteries (yuk!) but are supposed to be excellent (un-yuk!) but are very expensive (yuk-yuk!). Why not wait until you have seen what there is to see with your normal binocs? There are humongous “astronomy binoculars” with large contraptions to hold them. I have never seen an amateur astronomer actually using one of these rigs. Someone must be using them, or they wouldn’t be for sale. I think you should get a pair of REGULAR BINOCULARS, with a possible upgrade to imaged stabilized ones later. If you are an equipment geek, there are many websites with excellent articles and reviews of binoculars. Google “bird watching binocular reviews” and “astronomy binocular reviews”.

Time To Get Started!

A serious beginner can spend at least one year productively having a wonderful time learning their way around the sky without spending a significant amount of money on anything. An inexpensive planisphere and red LED flashlight will make life easier and can both be had for under $10, or you can upgrade for a little more money to my suggested “deluxe” planisphere and flashlight, above. After the first year, you can easily go another year (or more) using the binoculars you probably already own. YOU CAN DO ALL OF THE ABOVE WITHOUT A TELESCOPE! Get back to basics and have fun! When you’ve mastered star charts and binoculars, you’re ready for your first telescope. At that point, follow up with this beginner’s guide: Your First Telescope — A Grab-and-Go?